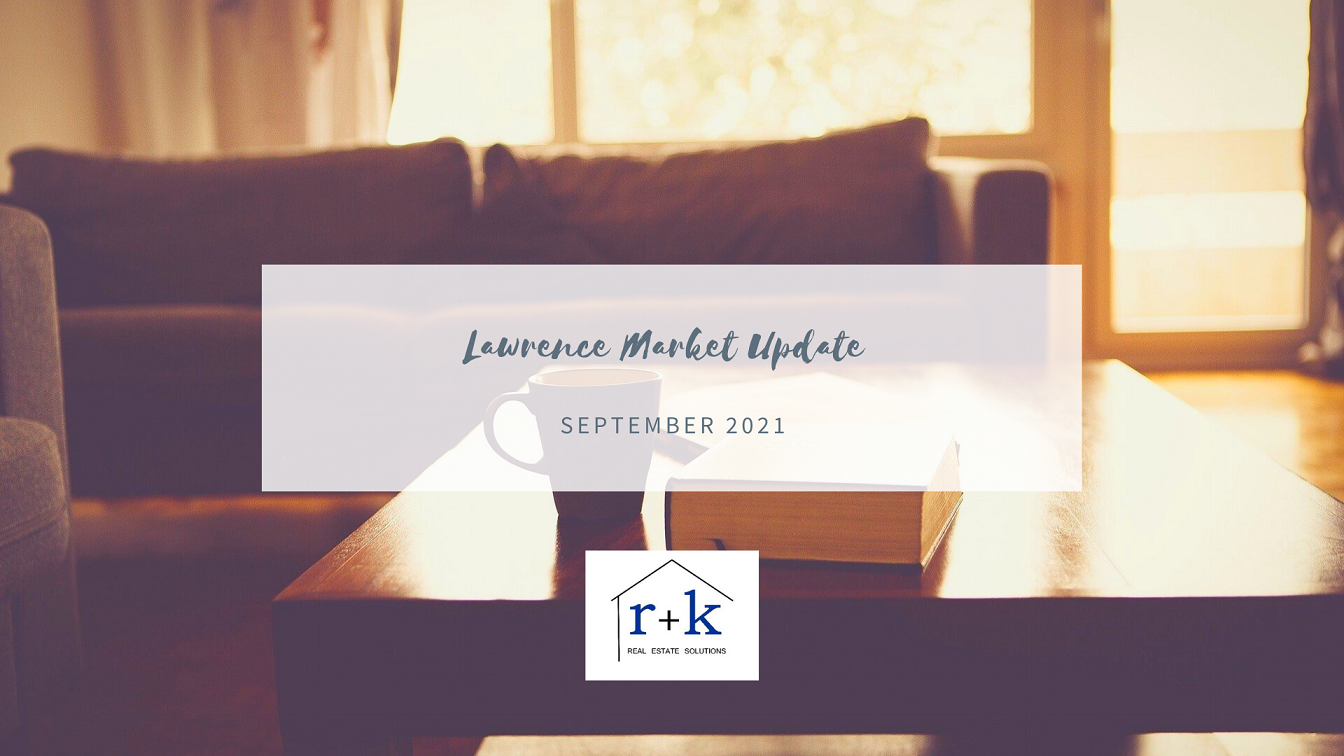 It's October, Halloween is just around the corner, and despite falling temps outside, the real estate market in Lawrence, KS remains HOT! This year has seen the hottest market in living memory, and the climate remains at that level heading into the last quarter of the year. That's right, there is a Fall Market in Lawrence. And it shares a lot of similarities with the Spring Market. Let's dig in!

Home sales remain strong in September compared to last year with just three fewer houses sold in 2021 compared to 2020. Average price is staying put at $296,000 and average days-on-market is down to 14 days which is a decrease from just over the 3 week mark in September a year ago. Taking a glance at the graph below illustrates how quickly average price rose earlier in the year and plateaued at just under $300K and it will likely remain at this level for the remainder of the year. Looking ahead to 2022, we anticipate the average to break through the $300,000 mark for the first time. 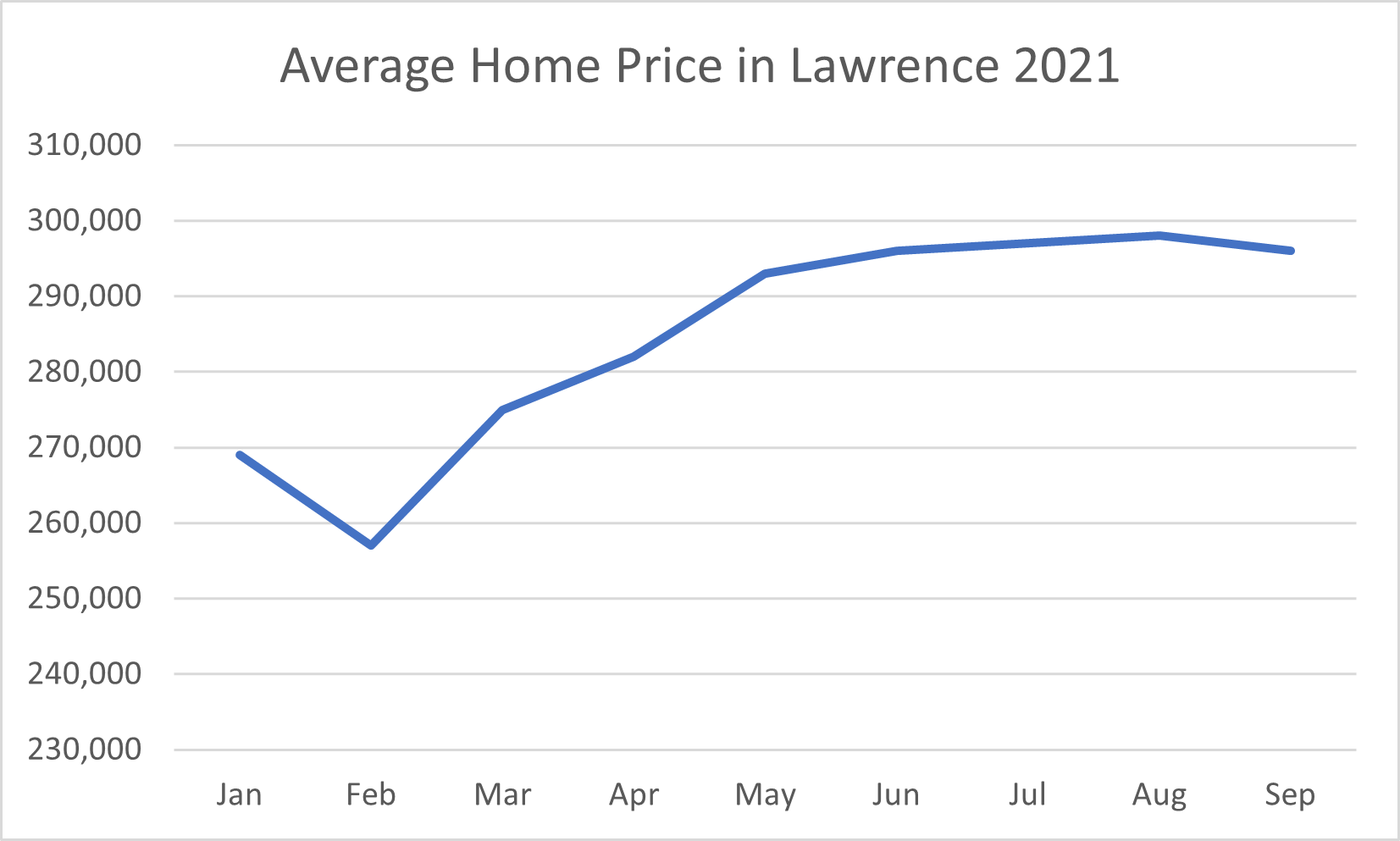 We think it's important to take a look at the average days-on-market to see just how that figure has declined over the years. When we talk with prospective home sellers, it's a very different conversation than it used to be. 10 years ago, the average was over 3 months! That's what we'd call an even market. Now, however, we're in a historically strong Seller's Market. The average DOM has fallen down to an astonishing two weeks! It's worth noting how this figure was holding fairly steady at just over a month until last year. This shows how quickly the housing market changed starting in 2020. 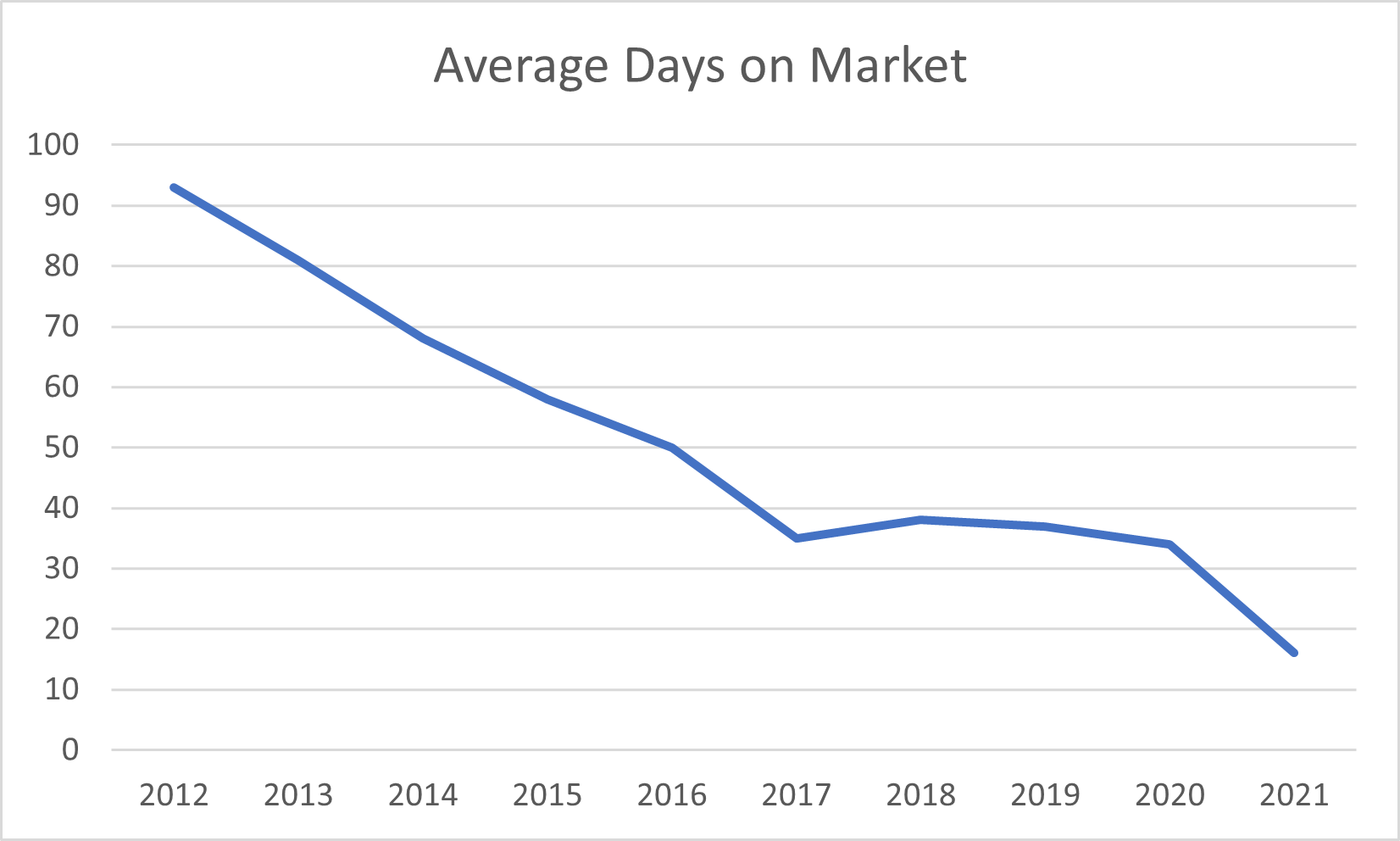 Curious about home values over the same time period? We have that info as well! The graph below plots average price over a 10 year span starting in 2012. Average price was holding steady around $200,000 until about 2017. It could be argued that the transition from an even market into a Seller's Market occurred from 2016 to 2017. If you bought a home prior to 2017, congrats! Your home has most likely increased substantially in value. If you bought after 2017, and particularly last year and this year, don't panic! With such low inventory and little in the way of anything to relieve the pressure, we expect values to continue to increase in both the near and long-term future. 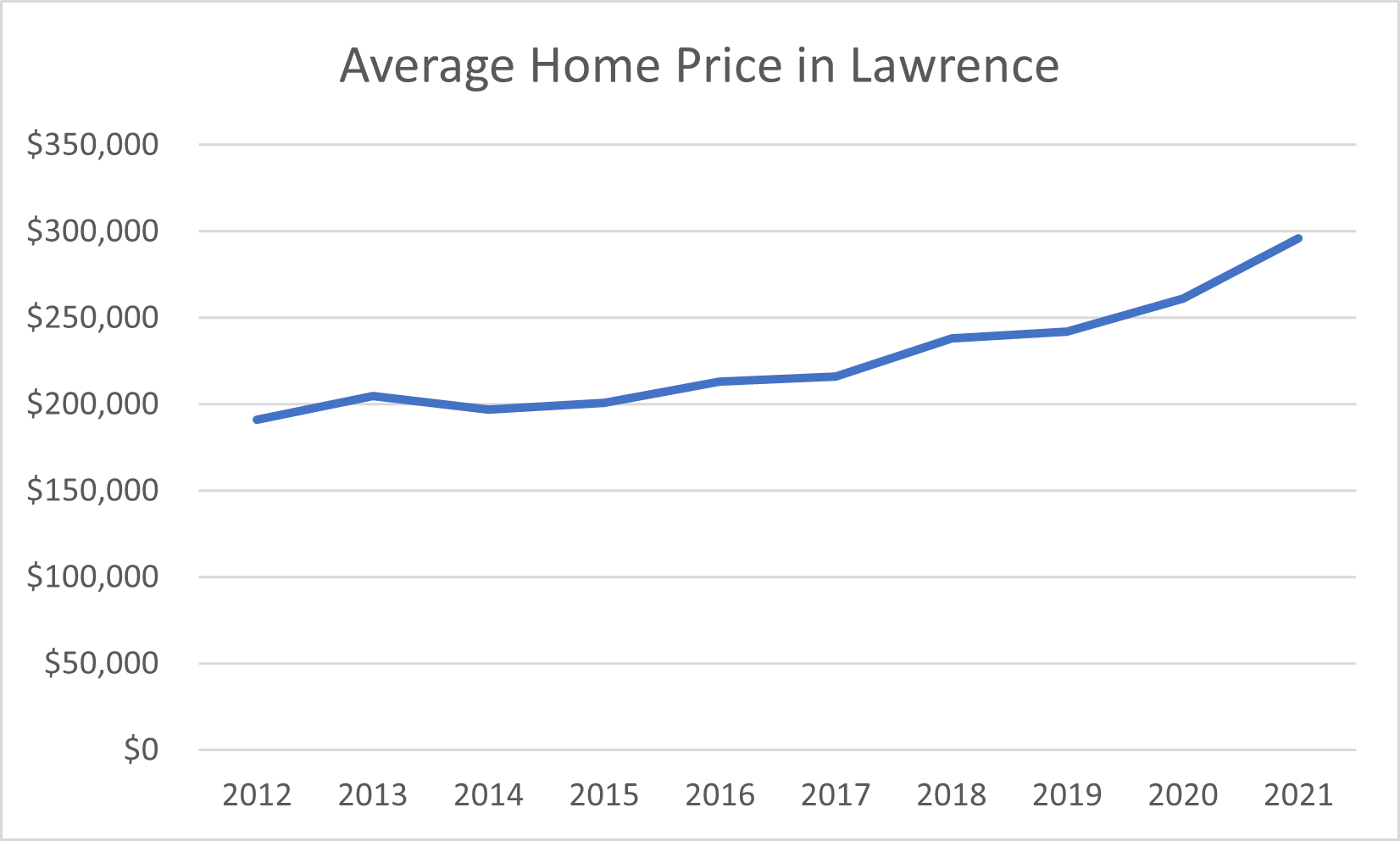 With 3 months left to go in 2021, it will be interesting to see how we end the year. The metric we're eyeing the most at this point is total home sales within the city of Lawrence. At the current pace, the market will see fewer home sales in 2021 compared to 2020. If so, that will be the first year in many that total sales will fail to exceed the prior year. However, dollar volume in 2021 will most likely exceed 2020 by quite a bit. Stay tuned to R+K Real Estate and we'll be sure to keep the updates coming!

For ADA assistance, please email compliance@placester.com. If you experience difficulty in accessing any part of this website, email us, and we will work with you to provide the information.

Sign Up
Already a User? Sign In
You have been successfully registered
Please check your email.
Go to the homepage
Sorry something went wrong
Please try again.
Try again